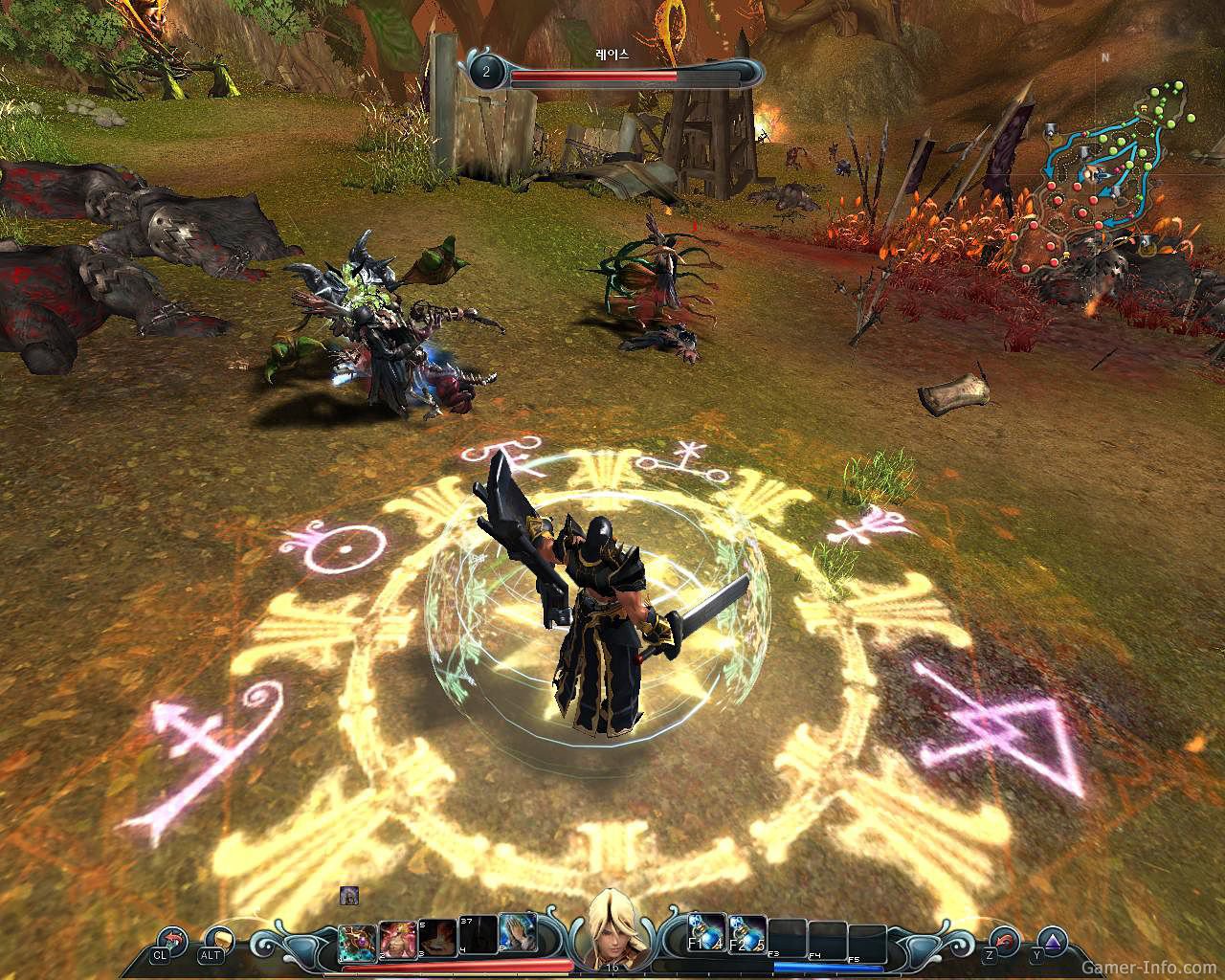 If , like me, played the Square Enix-published Avengers by Marvel Avengers and said to yourself "I wish this had just focused on the single-player campaign instead of all this game-as-a-service stuff," then I have some good news for you: Marvel's Guardians of the Galaxy, also published by Square Enix, has flown into the fray to provide a savior. There are no microtransactions, no multiplayer, as well as a dense story, it's evidence that single-player, linear campaigns aren't going anywhere. The easy but fun combat and pretty straightforward level design won't transform the genre or anything, but those solid foundations, along with the number of personalities slathered over them is enough to give Guardians of the Galaxy some good old-fashioned fun. Although it's named after the team, you play the entire about 18 hours playing Peter Quill, AKA Star-Lord. It's a bit of a shock for me, yet it's one that works very well for the story to be told. The main plotline is exactly as you'd expect it to be from a comics book with a cosmic theme. adventure that follows the Guardians trying to come out of debt, figuring out how to work together, and perhaps saving the galaxy by the way. However, it's set in the context of events that are individual to Peter. The result is an engaging tale that balances its regular blast of banter and spectacle by delivering some genuine moments, for both Peter and the rest of the crew: Gamora, Drax, Rocket and Groot. While the plot is 100% linear, developer Eidos Montreal's Deus Ex origins definitely come through with the quantity of dialogue options that you get to choose from during the game. The game is constantly presenting you with choices for how Peter will respond to different interactions, whether critical to the story or while walking around chatting with your fellow players There's not a single moment where your Guardians do not have a chance to be talking and it's a good thing when the writing and performances are as entertaining as they are. The dialogue choices are generally just a fun bit of character-play in an on-rails story, but some of the choices are able tohave unexpected consequences.

By way of example, making most appropriate choice of words to save characters at one point can result in them coming back to assist you later. Another time I was able to make a choice which could have resulted in the following level as a simple stealth part, only to find out after finishing the story that choosing the other option could have transformed all of the level into one massive firefight. The majority of this campaign will likely appear very similar for all, but those little differences certainly added the personal element in my playthrough, and it made me more intrigued by trying New Game Plus to see what else might have happened.

The story isn't the only one in which Peter's view is featured and in battle, you have only direct control from him along with his dual pistols. Instead of stepping into one of the other Guardians you can unlock four abilities each of which is a command for them to use on command. This could mean Groot issuing roots for binding enemies, or Gamora doing a significant extent of destruction to one person. This game gives you an array of choices at any given moment, and the speed of their rolling out, as well as the method by which they're mapped to your controller make it a extremely manageable and enjoyable job to be able to handle at the middle of a battle.

Peter has a few tricks as well, of course. He'll be granted four abilities of his own, among which allows him to activate those jet boots while flying for brief duration. Also, he has four types of elemental blasts that can melt or freeze baddies with his standard laser blasts. Combat is lots of fun thanks to that variety of possibilities, even though it's not exactly the most deep or most intricate dance I've ever taken part in. In between giving commands to your other Guardians in the game, you'll most likely hold the left trigger to hold on to an enemy and that right trigger in order to unleash a the hose of lasers. An active-reloading system that is simple to use will give you extra destruction and force you to pay your attention, but for majority of the time you'll be pushing that trigger right often.

However, the combat never stopped being enjoyable for the duration of the campaign. That's partially thanks to the enemy's design, which is so diverse that you're required to utilize different attacks to exploit weaknesses or remove shields. Additionally, there are bigger enemies that can be staggered by certain abilities. Your teammates all have different roles they fill too - Gamora's abilities are generally high damage, Drax is more focused on staggering, Rocket has the best AOE, and Groot can be a binding force for target. It's good to know that their abilities seem to be effective, since you'll almost all the damage on your own; however, your teammates' auto-attacks are able to do equal damage to the force of a massage.

Another thing that keeps the battle lively throughout the game is the banter. Seriously, there's so much spoken dialogue within this game, and the interplay of each player is both informative and entertaining in that you observe their interactions change throughout the course of the story. There were definitely instances when I'd see the same lines yelled a few too many times however, overall it's quite a variety in every bark. In the end, even fights with similar themes can be given a fresh appeal depending on the background or even the conversations that occur during them.

The option to speak is put directly into battle using a fantastic move called The Huddle. Once activated (which is done quite easily by pressing R1 and L1 simultaneously), Peter gathers everyone around to talk about the battle. After this, you're required to select an action plan from the words they've mentioned to earn a buff. The player will also play one of Guardians of the Galaxy's numerous licensed '80s songs for the time period of the buff. It can either be exciting or hilarious, depending on the result. Fighting a massive alien squid while "Everybody Have Fun Tonight" by Wang Chung played has got to be one of most bizarrely joyful moments in whack games all year long as well as having the song of Bobby McFerrin "Don't Worry, Be Happy" unexpectedly come on during a dramatic final game battle was quite humorous.

Between cutscenes and fights as you explore Guardians of the galaxy's numerous locations, which encompass everything from Nova Corp space ships to breathtaking alien worlds. As with the story, the sections are linear paths with an occasional environmental puzzle to solve or collectibles to hunt for followed by battles in more open arenas. In the same way as the combat and combat, they're entertaining the whole way through more thanks to the banter as well as visual variety , rather than being particularly engaging or deep by themselves.

There are times when you'll have to command your colleagues here you might have to ask Rocket to hack into a terminal or Drax to move something huge and heavy from one location to another. This could result in extremely simple but still relatively enjoyable puzzle solving when you figure out the right way to combine different abilities. Working with your group provides a bit more excitement to these routes, as you can see people wandering off to look at items on their own or just sitting in the corner bored as you are searching for a possible route - their presence also aids in solving the problem of knowing whether a path is the right path for you or even which is the "wrong" way full of things to do, as they'll typically follow the main path on their own and make comments while you're looking for treasure.

Some of the collectibles you'll get are usually crafting currency in order to boost Peter's abilities, costumes that are cosmetic for other team people to wear (all of which are more exciting than a recolor, and full of fresh outfits and throwback references) and logs that are written to provide the added flavor of the story or unique items that can help you start conversations when you're on the back on your ship between chapters. It was always exciting to collect these things, even though the side streets were generally as simple to navigate and find as the principal ones. One of the main complaints is the fact that crafting currency has become so widely used that it can become a little difficult to find, but this is probably due because of the absence of a sprint button.

Following the overall pattern in the overall direction, the upgrade process itself is also something that stays thrilling and enjoyable to the end however it could get a bit boring at times. When you complete a fight, you earn points that can be used to unlock new abilities craft currency, which can be used on any of fifteen different perks accessible from the beginning. Having everything on the table immediately is a great thing because it gives you the ability to prioritize the upgrades you'd like in the order you'd like and also signifies there aren't any surprises when the campaign progresses. If you don't, I liked that the perks felt significant . Only a handful of those are just stat improvements, while most unlock new actions like a dash to hit or time slowing for a moment when you dodging at the last second.

As a last note It's worth noting the fact that I did run into numerous bugs in my gaming time on PlayStation 5. Aside from two crash-like crashes there was nothing too shocking however Square Enix has said that certain issues that I encountered will be resolved through the release. While I was playing, I did encounter my progress being limited a couple of times because of an event which was not properly triggering or a button prompt breaking or a button not working. There were also weird visual issues here and there like an adult Peter model being completely squeezed into the scene of childhood Peter for one scene. It only took an instant checkpoint refresh to solve the issue in the first place, and the autosave and checkpoints are so accommodating that even the biggest issues did not leave me unhappy But it's unclear whether or not that problem will be present on launch day.

Marvel's Guardians of the Galaxy nicely offers a fun, action-packed adventure alongside some truly touching moment of story, and the choices you're given can add new personal twists and surprises to your playthrough. The level and combat design are not complicated, and yet always entertaining, but it's the relationships and banter between the characters that keep everything constantly evolving as they move forward. It's certainly not going to light the world on flames However, Guardians of the Galaxy is yet another compelling example of how entertaining a linear, no-frills, single-player game can be.